I still havn’t forgot about this little Allwinner A10 device. As my linux skills are only very slowly improving, making my own Linux image or finding a good up to date kernel is quite a problem. However, the files that are on this site will stay and I will expand them. To ensure operations I transferred all the files to a new host. Happy downloading 🙂

The MiniX uses a quite different AV cable which I managed to track down to a seller based in The Netherlands. It is called a TRRS in other words a tip ring ring sleeve cable.

As you can see in this blog the length of the plug should be longer than normal plugs otherwise it will not work. It should be 14 + 2,5 or preferably 17 millimeters. I hope it will work with this one as pinouts can be very different on various versions.

So I had to run Linux on this machine. As a lot of builds for the Allwinner A10 platform are gone (since MiniAnd is offline) I had to look for much newer builds. The ultimate goal is to have XBMC running with 1080P hardware acceleration. As there is a lot of difference in Linux builds it’s best to try out some distro’s. I found the Cubieboard 1 (also with Allwinner A10) to be capable. There are some quirks however. Wifi is very unstable in most of the distro’s.

Screen blanks out some time, usb ports fail after that. Runs in 1080.

Is one of the smoothest in video, lacks wifi driver, lacks ethernet driver, has HDMI audio, runs on 1080P.

For now Qbee and Armbian are the best. What I would like to see is if someone is able to cook up a Debian Jessy with HDMI audio, 1080P, wifi support and hotplug USB and a much newer XBMC as 12 is way too old for any of the add-ons to work.

This needs much more testing, you can help me out.

I’ve found a firmware image for the MiniX versions running from an Allwinner A20 chipset.

Please beware that this firmware is untested as I do not have an A20 version, mine is an A10. See the firmware page to download it.

It seems that there still are MiniX versions with Allwinner A20 sold. Some of the versions online do seem to have a build in microphone (?) or a different wifi antenna with screw thread where you can plug a bigger wifi antenna on. As you can see some of them still have the analog video out, and another has the headphone out. 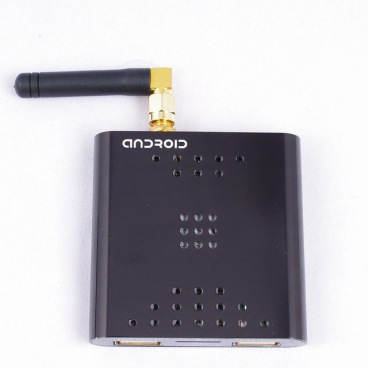 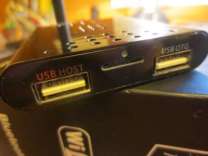 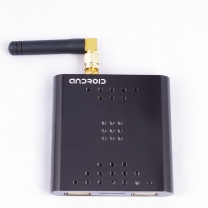 Get it here, thanks to Roman / Mirror

MiniX can be used as a NAS with the following functions:

OpenMediaVault is also compiled for the Allwinner A10

Get it here / mirror

As promised a long time ago, I would upload the Android 2.3 for the MiniX and MiniXPlus. Both the MiniX and Mele version are available for download. Android 2.3 might be old, but it runs much better and cooler than 4.x versions. It’s on the firmware page, let me know if there are any issues.

For the Allwinner A10S the standard 1.6 firmware is also online. As I do not have a box with A10S chipset I cannot test it.

So it seems that the CedarX library to support hardware accelerated (HD) video is still a problem, even after all these years. Now what came to my attention is a special VideoLAN VLC build for MiniX Plus. I hope you can test this out for me:

He also made a special firmware, but I’m unaware of any changes: